Recent figures from the Ministry of Finance confirm, once again, the resilience of the Luxembourg economy. It is clear that Luxembourg has returned to its dynamic economic activity levels. 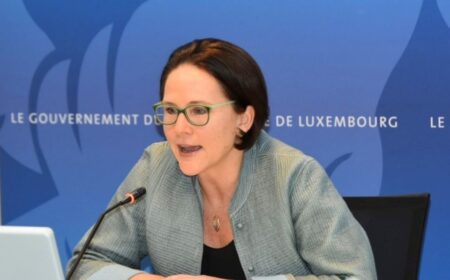 The increase in tax revenue of 16.3% compared to 2020 includes a catch-up effect after the first year of the pandemic, but the positive trend is confirmed over time. The average increase per year since 2019 is around 5.2%, which is comparable to the annual progression observed historically. The positive evolution is also shown by the continuous fall in the unemployment rate, despite ongoing uncertainty with the pandemic.

Luxembourg continues to remain attractive for companies and investors despite an uncertain international context.

“The figures as of 31 December 2021 confirm the positive evolution of tax revenues observed throughout the year,” comments Minister of Finance Yuriko Backes. “Given that at the same time expenditure has been largely under control, the Central Administration should close the year 2021 with better than expected results.”

An additional confirmation of the strength and stability of the Luxembourg economy is the AAA credit rating awarded in early 2022, once again, by S&P Global, Fitch and DBRS Morningstar. The three agencies certified yet again the good financial situation of the country thanks to its balanced and forward-looking budgetary approach and highlighted its great resilience in the face of the shock caused by COVID-19. The government is commended for its effective support to the economy during the health crisis, delivered without jeopardising the sustainability of public finances.

The government is reassured in the pursuit of its economic policy based on sustainable growth for the country and its citizens.

Finance Minister Yuriko Backes comments: “The double confirmation of our ‘AAA’ rating underlines the soundness of the government’s economic and budgetary policy before and during the health crisis. Luxembourg continues to remain attractive for companies and investors despite an uncertain international context,” said Minister Backes. “The government is reassured in the pursuit of its economic policy based on sustainable growth for the country and its citizens.”

Growth back on track

The solidity of the economy is also illustrated by a decrease of GDP limited to -1.8 in 2020, which can be compared with the euro zone average of -6.5%, and a strong growth of +7% in 2021. According to DBRS, the AAA rating also reflects Luxembourg’s robust institutional framework, stable and predictable political environment and strong, well-developed economy. The maintenance of a relatively low level of public debt represents a safety cushion making it possible to attenuate the materialisation of any unforeseen events.